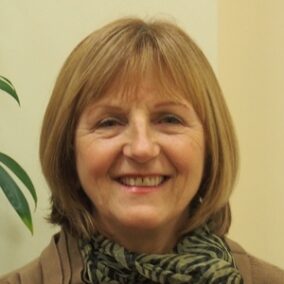 Clara Rizzi (nee Mejak) was born in Heyfield, Gippsland a town named after the fields of waving corn, the daughter of migrant parents from Istria (now on the north coast of Croatia), who were displaced after World War II. Clara yearned to learn ballet—wasn’t allowed.

Played tennis and reluctantly the piano accordion, her father’s favoured instrument. Graduated with a Bachelor of Education from Melbourne University. She fell in the gutter, muddied her bellbottom pants riding a push bike to her first teaching day. She has worked in many jobs, especially teaching.  She has four children, three step children and six grandchildren as well as a dog Nero who she walks along the Maribyrnong River.

Clara enjoys dancing, yoga, reading and sharing meals with family and friends.  Since childhood she has loved putting pen to paper writing notes, letters and poems, and she is thrilled to finally be able to make more time for writing.

Three poems: Hey Mama, Monks of Wat Santitham, & A glimpse of Melbourne - published in The Writing Project - a collection of poetry & prose from the Kensington Neighbourhood House creative writing group 2013.

Two poems: Five years today & Papa - published in Shots from the Chamber, An anthology of poems by the Chamber Poets. Pomoan Publishing 2016.