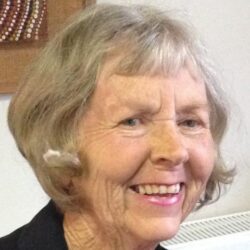 Meryl Tobin, writing name Meryl Brown Tobin, is a writer of short and long fiction for adults and children, non-fiction, especially travel, poetry and educational puzzles. She has had 18 books published. These include puzzle/activity books, black-line masters books of educational puzzles, work books for primary students, a travel book, a children’s picture storybook, a poetry collection and a haiku collection with four other poets of The Society of Women Writers Victoria and has edited one book and co-edited two others. In total, nearly 300,000 copies of her first four puzzle books, which were published by Ashton Scholastic, were sold in Australia, New Zealand and Canada. Hundreds of her poems, puzzles, short stories and travel and other articles, and some cartoons and comic strips have appeared in more than 150 magazines, newspapers and anthologies in Australia and overseas, including India, Japan, Singapore and Malaysia, New Zealand, the Philippines, the United Kingdom and the USA. Some of her stories and poems have also been broadcast by the Australian Broadcasting Commission and other radio stations while others have been published on the Internet. In 2001, as a guest on the set of Ch7’s children’s program The Book Place, she read her story LEFTY with regular presenter, Lyn Western.

A former teacher, she taught Humanities subjects in secondary schools. Apart from her family and home, her interests include travel, bush-walking, conservation, including researching rare fauna in Australia, current affairs and humanitarian and social justice issues.

TELEVISION
Children’s picture story book featured on Ch7’s children’s program The Book Place with her and one of the regular presenters reading it.